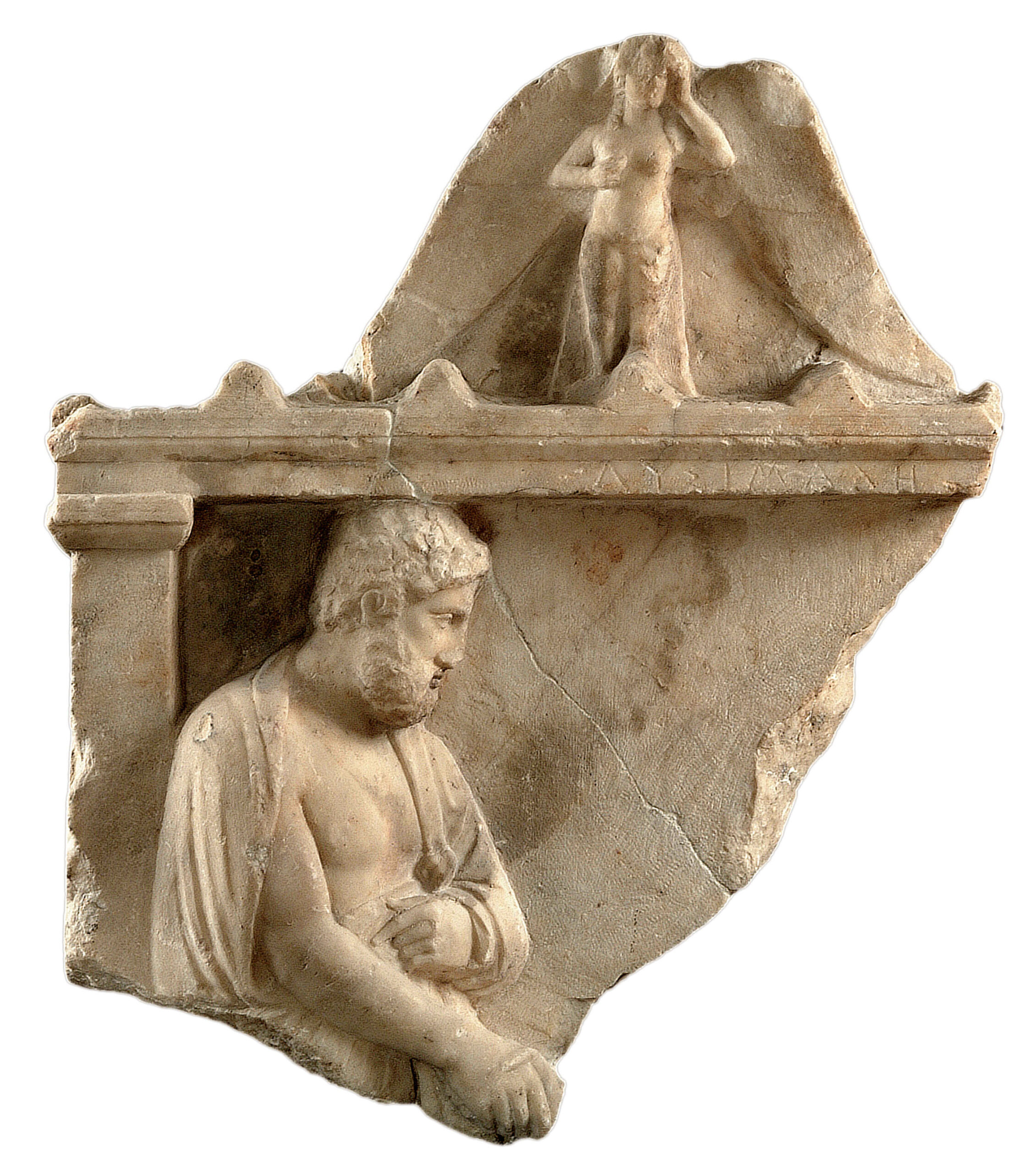 On the left side of the column, which was in the shape of a temple, a bearded man is depicted to the right, facing three quarters. He wears a robe that leaves the right part of the chest naked and partly the corresponding arm, while it is wrapped in the left arm, which rests bent over the torso. The skeptical man, with his head bowed, stretches out his right hand to greet another seated, apparently figure, from which only the tip of her right hand survives. This is the dead LYSIMACHIS, as it appears from the name engraved on the entablature just above the position of the dead. In the middle of the crown there is as a cape a siren statue in front with large wings spread sideways and down. With her bent right hand she holds a bird in front of her chest, while bringing her left hand to her face in a familiar gesture of sadness and despair. The relief is of the well-known type of tombstones in two forms, found in the classical era. The type of man with short curly hair and curly beard is common in the second quarter in the 4th c. e.g. and specifically around 370-360 BC.