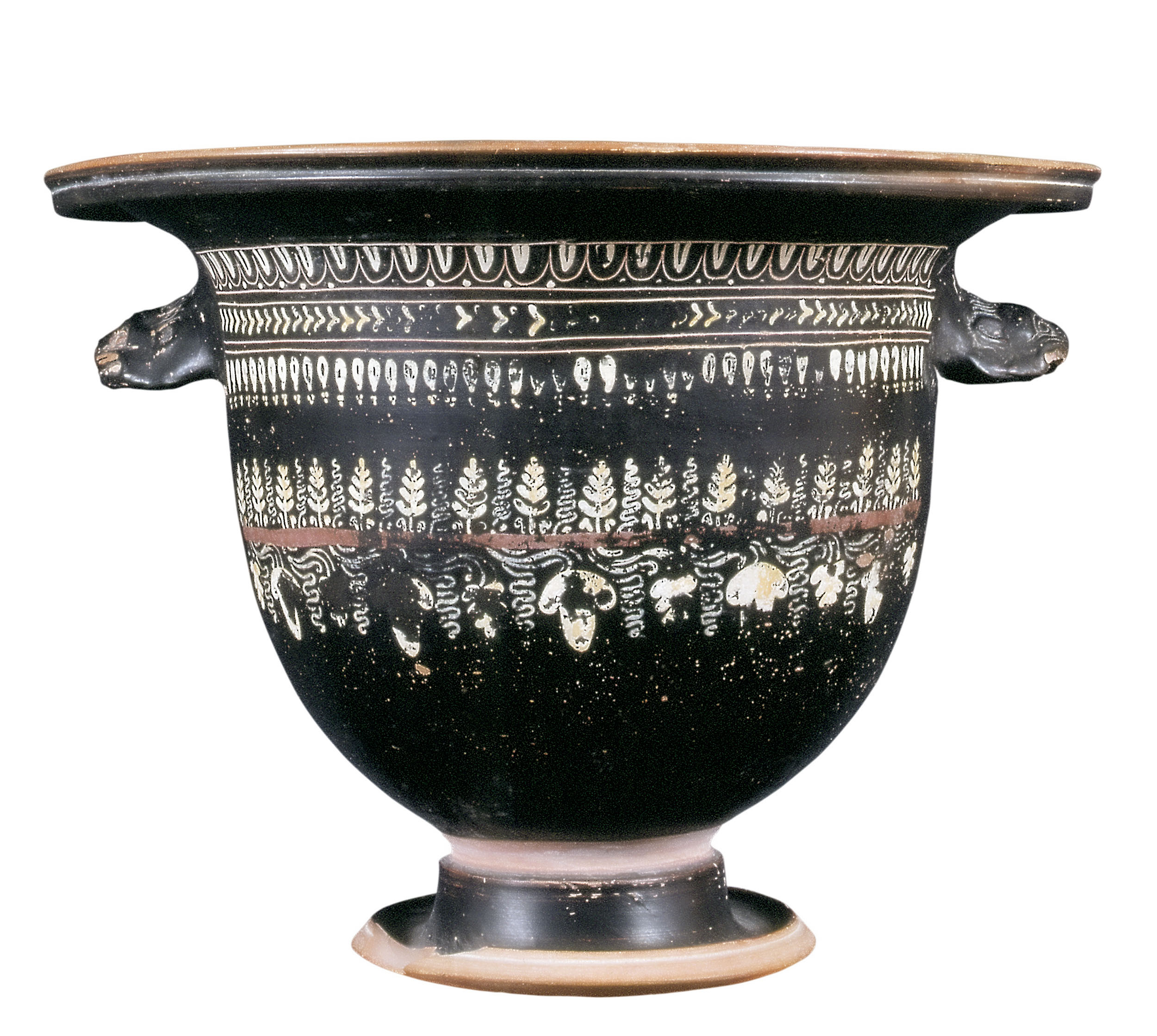 The crater is decorated on one side with the characteristic style of Gnathia type vessels. Plant and linear themes are rendered with additional white color: On the abdomen, under a wide lilac ribbon, vine leaves alternate with vines and shaped bunches. Above, row of leaves and vines. On the neck, double engraved lines separate three zones with linear jewelry. A thin layer of yellow, largely exfoliated, is retained on the white.

The term Gnathia is known for the Italian counterparts of the “western slope” technique vessels of mainly Greece, which are characterized by the plant decoration mainly of dissolved clay or white color on the black paint. The name “jaws” is conventional and comes from the fact that vessels of this style were first discovered in the city of Egnatia (Egnazia) of Puglia, today’s Gnathia. Their production begins shortly before the middle of the 4th c. e.g. (370-360 BC) in Puglia, with Taranto as its main center, but later spread to all the laboratories of Lower Italy and Sicily. The “jaw” vessels, whose end is placed in the last decades of the 3rd c. BC, were particularly widespread in the markets of the West, the Black Sea, North Africa and Greece.