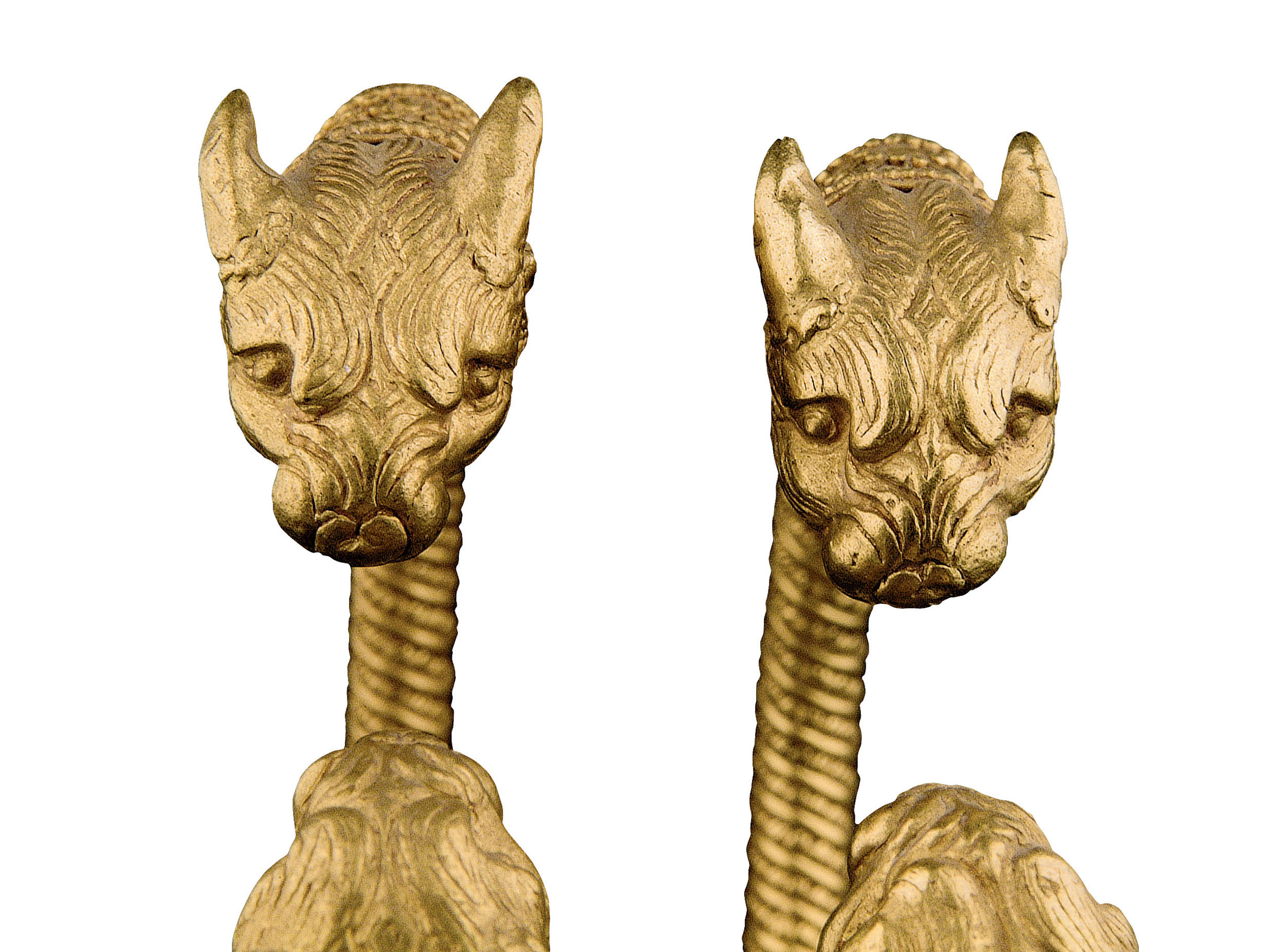 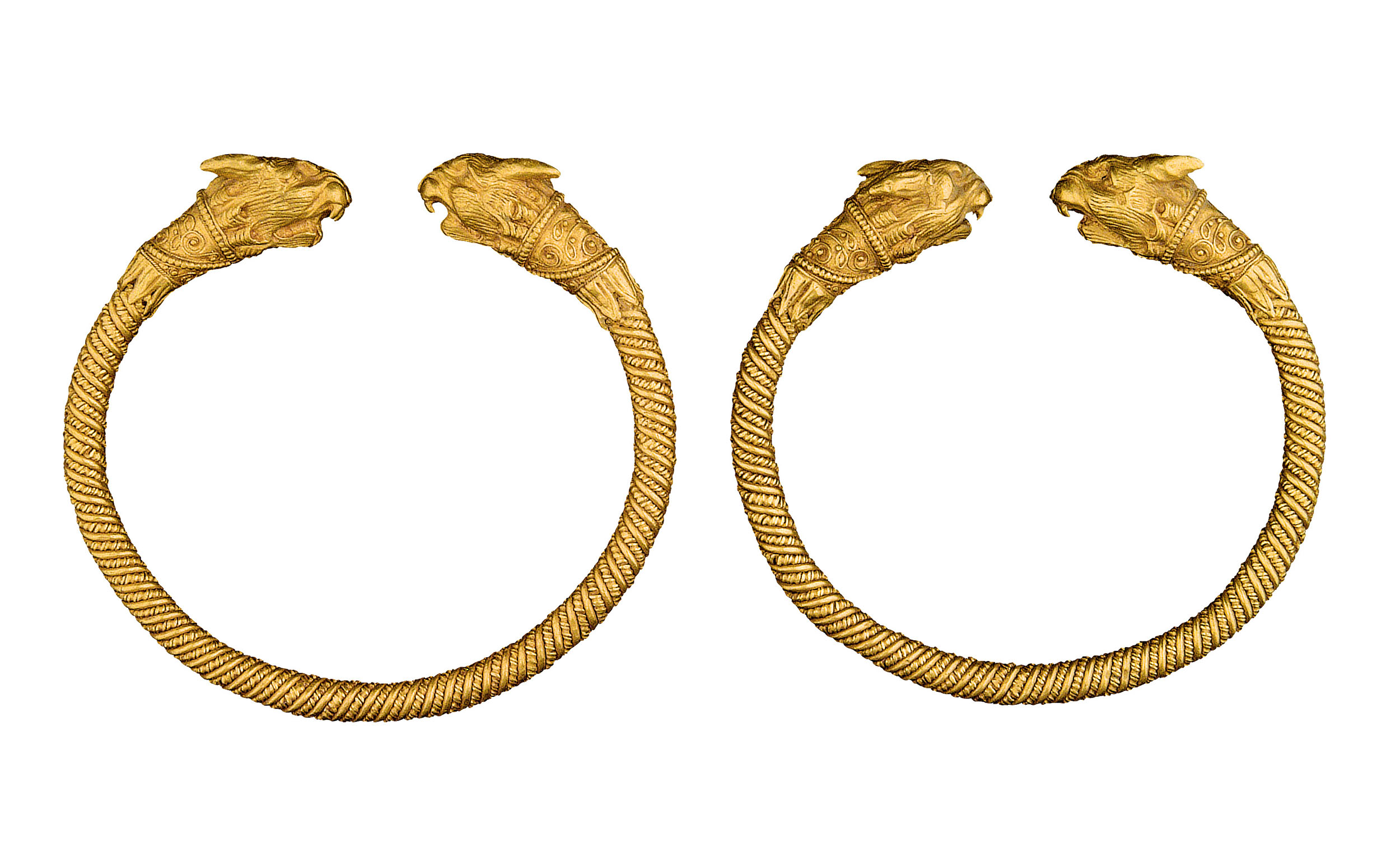 They each consist of a cylindrical stem around which two gold wires, one simple and one granular, are tightly wound. The ends of their stems end in the heads of griffon vultures. The characteristics of the felines are rendered in relief and with engravings for details, as well as the hair of the animals. Their ears, teeth and tongues are extra. The adaptation of the heads to the stems is covered by plates decorated with granular wire, shoots and sigmoidal propellers in the wire technique. Triangular cut-out tabs complete the decoration of the rubber rings at the bottom.

These intricate samples of Greek gold art belong to a category of jewelry of eastern origin with symmetrical animal-shaped ends that appear from the 7th century. e.g. They have tails usually formed on the heads of snakes, lions, rams, wolves, horses. Examples of this category abound during the 4th c. BC, are adorned with new forms of eastern origin, antelopes, sphinxes and griffins and is extremely popular throughout the Hellenistic period. Gripoleons as a theme, are associated with the god Dionysus and give joy and fertility to those who wear them.

Archaic chants of this type were simpler: simple tubular rings at the ends of which the heads of animals were assembled. Over the centuries these jewels became elaborate, the surface of the rings being covered with twisted or granular wires and other patterns.