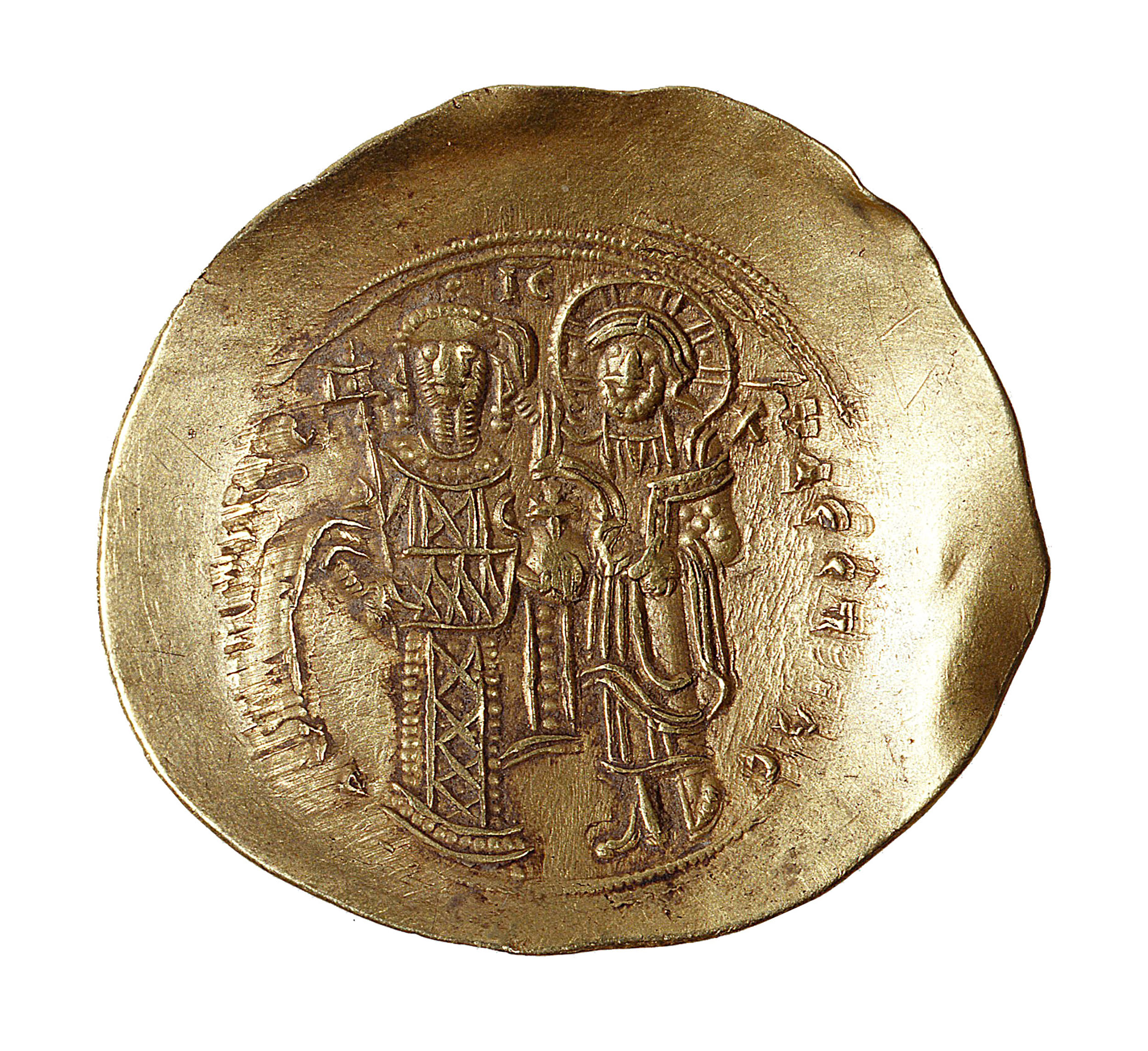 Obverse (or convex side): Double dotted frame enclosing the Virgin seated on a throne with high back and stellar ornaments on either side. In both hands she holds before her chest a medallion with a bust of Christ Emmanuel. On either side of her halo, the abbreviations: MP ΘY (Mother of God).

Reverse (or concave side): Double dotted frame enclosing Christ (on viewer’s right) crowning Andronikos (left). Both figures are standing and frontal. Christ, with cross-inscribed halo, wears a colobium and a himation. On either side of the halo, the abbreviations: IC XC (Jesus Christ). Andronikos, with long forked beard, wears imperial raiment with Toros. In his right hand he holds a sceptre terminating above in a small square labarum, and in his left a globus cruciger. In the field, in circular arrangement, the inscription: ΑΝΔΡΟΝΙΚΟC ΔΕCΠΟΤΗC (Andronikos Despot).

Scyphate coins, which on account of their shape were named “trachea” (= rough), appeared after the tenth century and their issue continued until the end of Byzantium. Gold trachea were a development of the “histamenon” (i.e. of correct weight), a name taken by the solidus around the tenth century, when the flan became thinner and wider. With the numismatic reform of Alexios I Komnenos, in 1091, the purity of the gold in the coins was restored, for which reason they were called “hyperpyra”. The same reform also introduced a new denomination of the coin, from an alloy of gold and silver, which corresponds to 1/3 the value of the hyperpyron. Because of their white colour, these scyphate coins were called “aspra trachea” (i.e. white trachea).