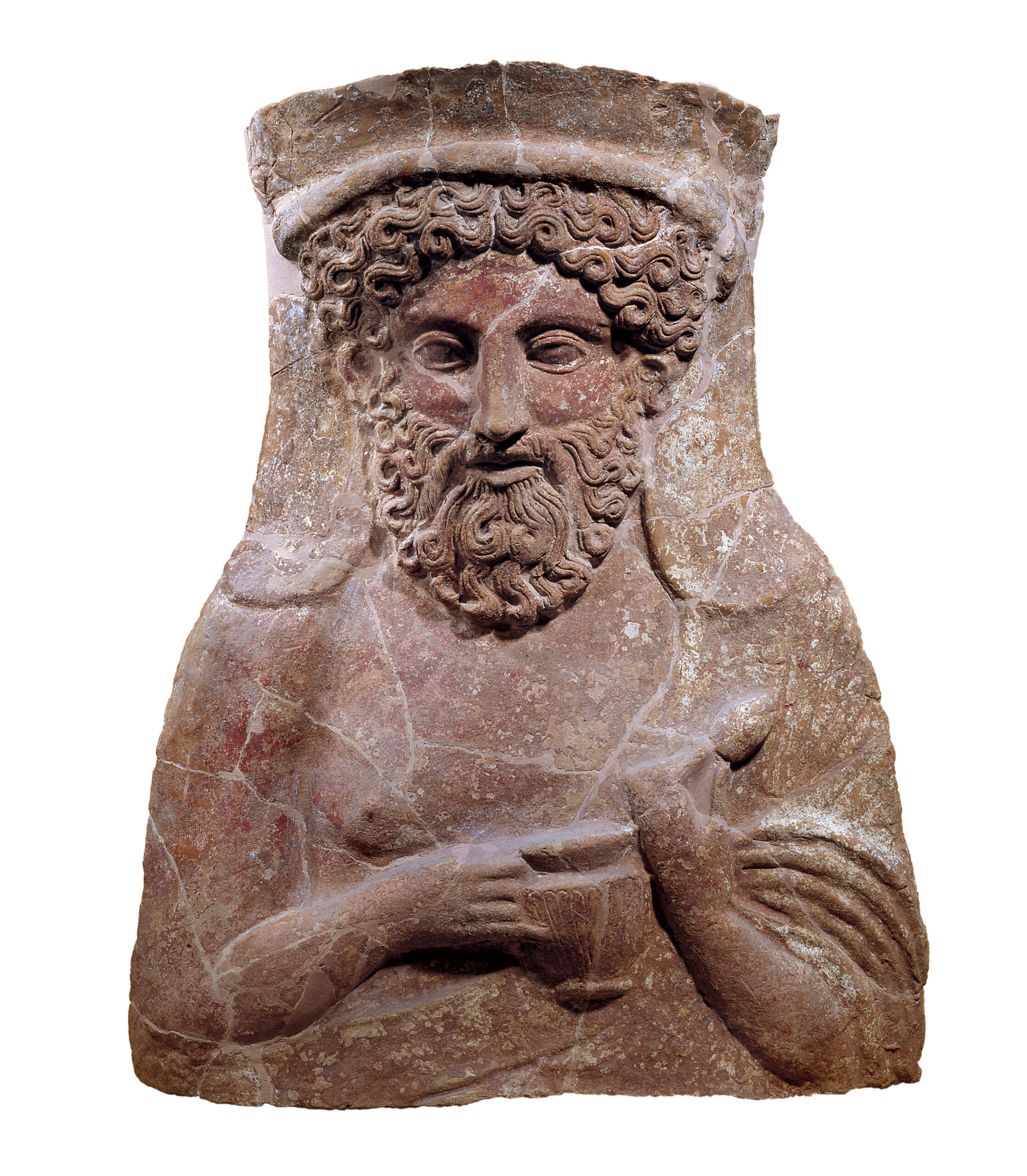 The protome includes the elbows of the figure. The god is depicted as bearded. The hair is parted in the middle of the forehead, and it is arranged in thick curls, in relief, with spiral ends. Similar curls, longer and flatter, form the full beard and thick moustache. The eyes are large, almond-shaped, with eyebrows in relief. On his head he bears a low diadem with a band in relief at the bottom, and with the ends of the headdress hanging at the sides. His himation covers his left shoulder and upper arm, hangs obliquely from back to front and is gathered over his left arm. In his right hand between thumb and index finger he holds an egg; in his left, a kantharos.

The protome, like others from the Boiotian area, may have had a funerary purpose. The egg, symbol of fertility and rebirth, in a number of cases is connected with the cult of Dionysos as a chthonic divinity, as seen in his representation in Dionysiac scenes on vases. A general similarity is evident with another type of protome, showing Dionysos as elderly, but there are differences in some of the motives.