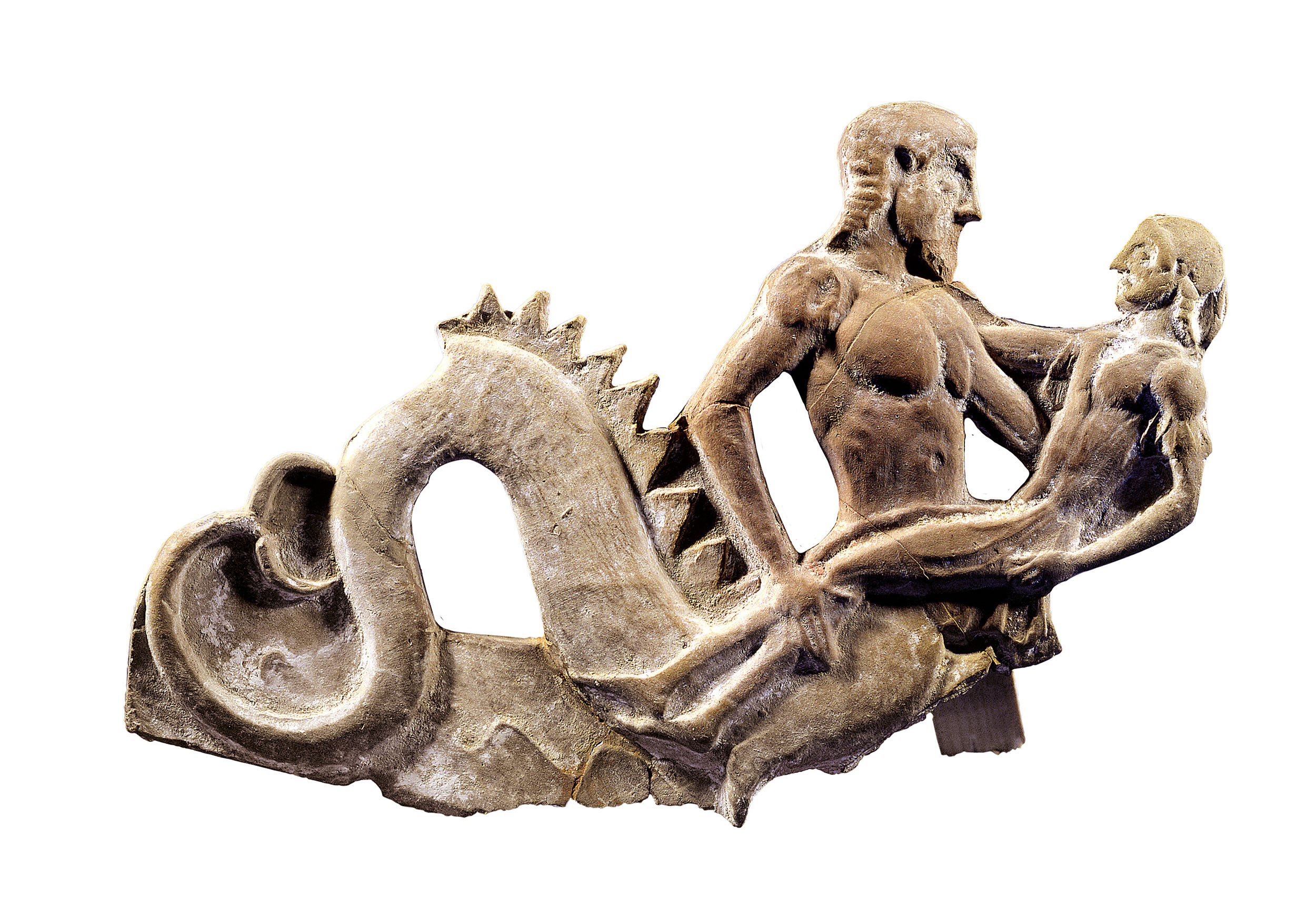 The sea daemon is represented bearded, with long hair divided horizontally. Anatomical details of the nude human part of the body are shown. In addition, face and body are emphasized with red colour. The sea serpent forming the lower half of the body is decorated with triangular spikes along the spine. He swims in the waves of the sea with his tail winding, like that of the scorpion. In his arms he holds a slender youth who wears a diaphanous chiton and rests his right hand on the daemon’s shoulder. The daemon is Triton, who carried off Theseus in front of Amphitrite, a theme well known from vase painting of the archaic period.

The plaque is one of the island reliefs still known as “Melian”, which represent mythological themes and were probably of funerary use. Two other reliefs from this same mould have survived, one in the National Archaeological Museum and another in the Louvre.