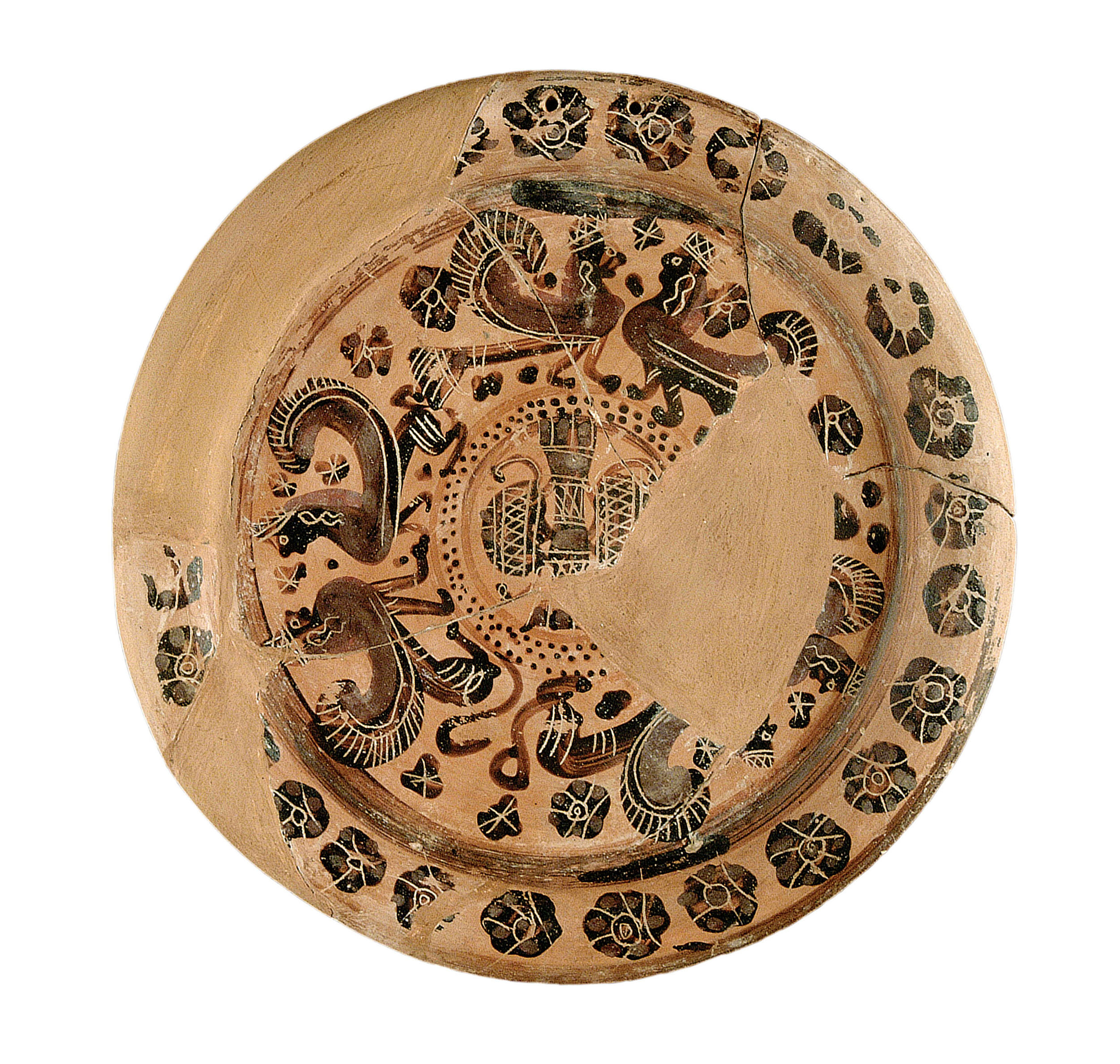 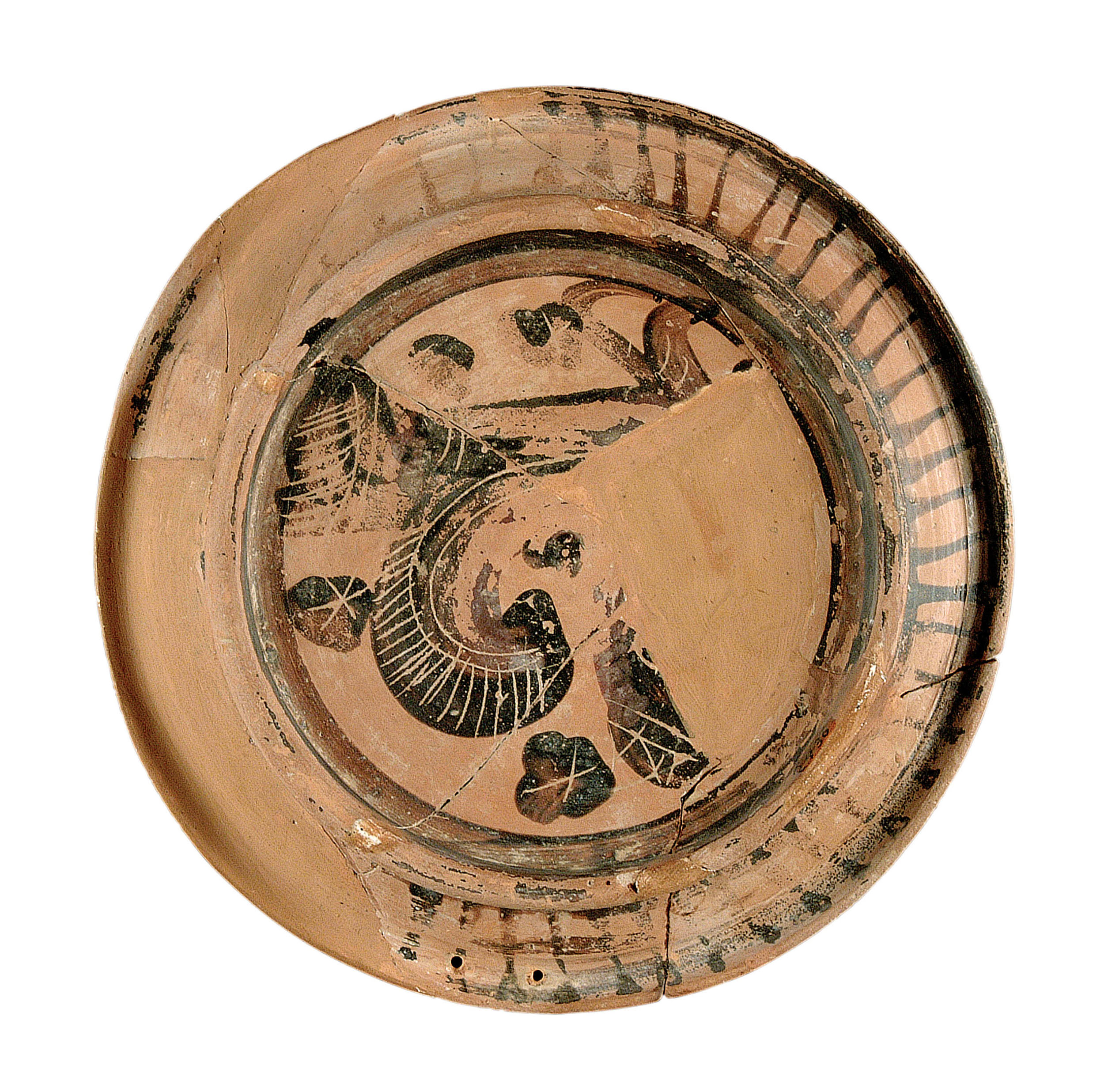 The interior of the plate is decorated with three pairs of confronting mythical creatures arranged in a circle. Two pairs are sphinxes, one pair are sirens, winged creatures with a female heads and lion or bird bodies, respectively. All wear a hatched polos. Decorated likewise by incision are their hair, wings, the lion bodies of the sphinxes and the tails of the sirens. In the center a double row of dots surrounds a complex floral pattern in the form of a cross made up of opposing lotus flowers and palmettes, from which spring spiral stems. The ground of the representation is filled with black dots, small and large, and with incised rosettes. A succession of similar, larger rosettes decorate the upper surface of the rim.On the under-surface of the base a siren, to left, is surrounded by incised rosettes.

Scenes of real or fantastic animals, drawn from the world of the east, characterize particularly the 7th century and, for the most part, Corinthian pottery. The present plate is one of the latest Attic survivals of this tendency. It is one of the works of the Polos Painter, named from the hatched poloi worn by the female figures, sirens and sphinxes on his vases.