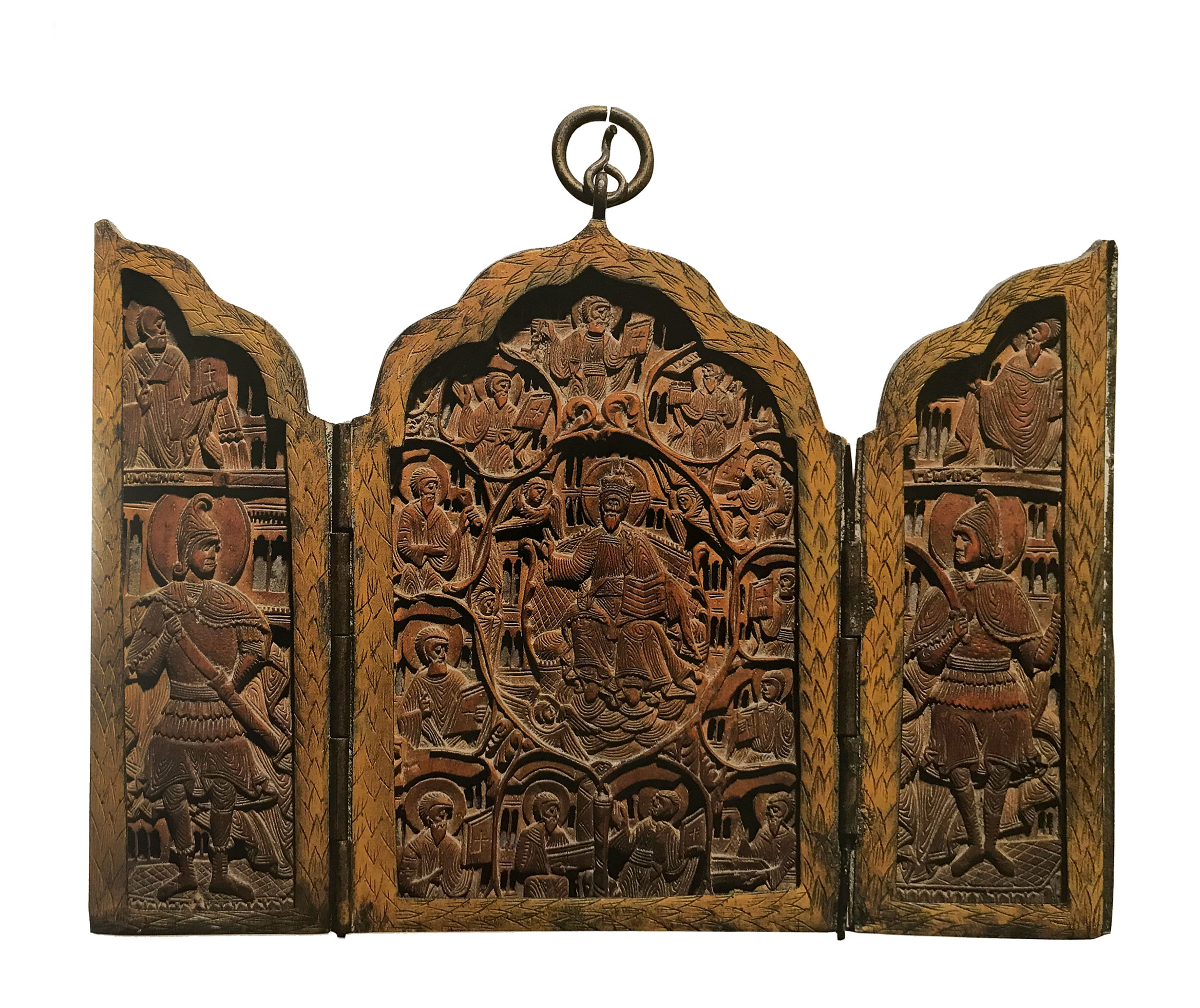 Represented on the central leaf, against a semi-openwork architectural ground, is Christ enthroned as Great High Priest, within an oval medallion formed by a vine branch sprouting from a slender vase in the lower part. Around him, in smaller circular medallions, are the Twelve Apostles, with Peter in the lead at the top.

On the lateral leaves are Saint Demetrios left and Saint George right, both represented standing and in frontal pose with the head turned towards the central leaf. In military attire and holding a sword, their cape flutters behind in rich folds. Despite the architectural ground and the detailed rendering of the figures and their garments, the composition remains flat.