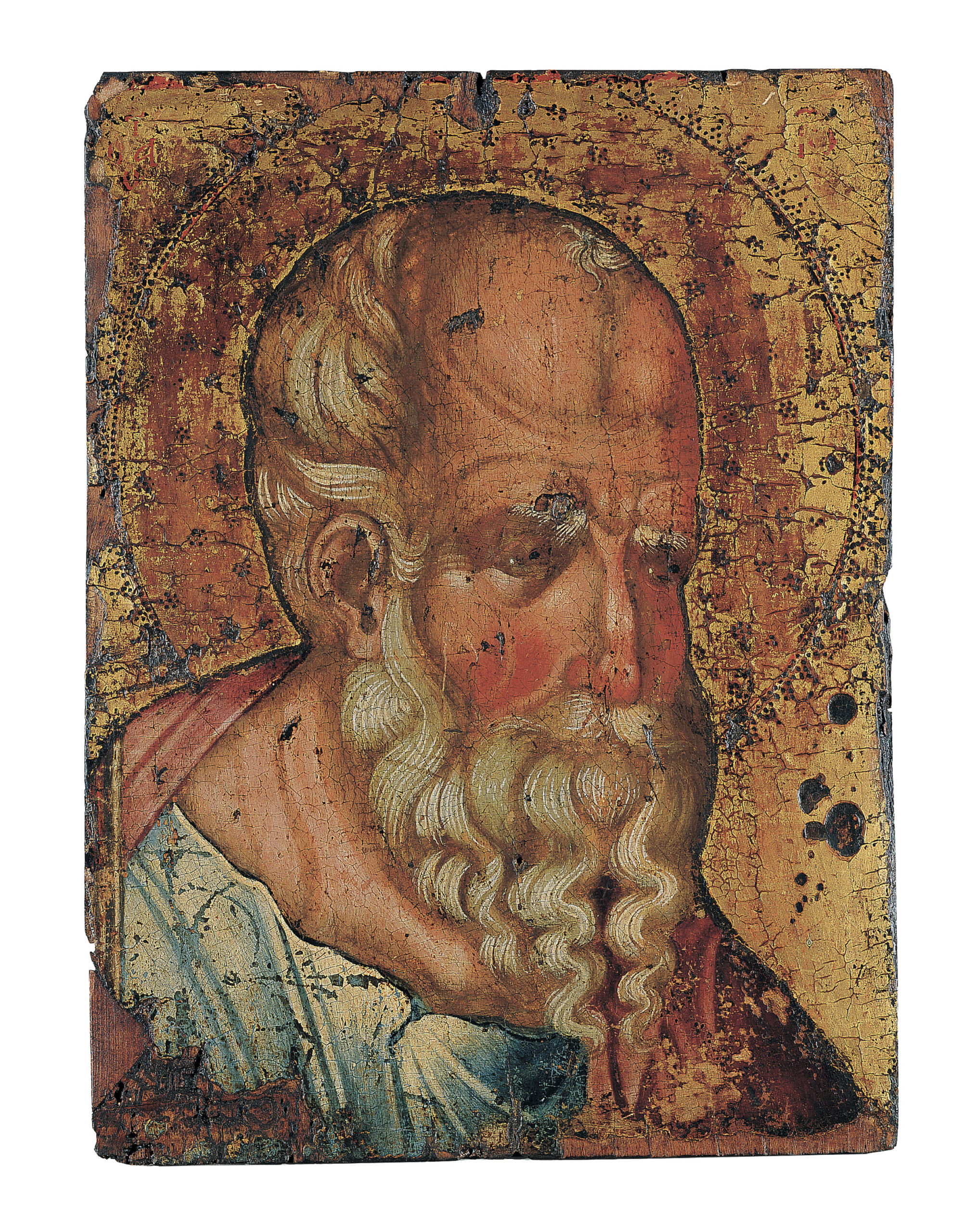 Head of Saint John the Theologian in old age

Saint John is depicted to the top of the chest, in advanced age, turned three-quarters right. His neck and a small part of his shoulders are visible. He wears a light blue chiton with whitish green striations and a red himation. His forehead is wide and furrowed, and his nose thick and slightly aquiline. His white hair is limited to the sides of the head, where it merges into the long forked beard, and to a small white tuft on the crown. The gaze, below the white bushy eyebrows, is intense and penetrating. The head is almost sunk in the broad strong neck, giving the impression of a hunchback (he is described as “hunched-up and white-bearded” in a popular wedding song of Patmos). The planes of the face and neck are covered entirely with ocher-rose flesh tones, leaving the brown under layer visible only on the edge, the eye sockets and the wrinkles on the brow. The wrinkles and the edges of the various planes of the face are emphasized by rouging to such a degree that this red glaze is enhanced as the dominant chromatic element of the figure, together with the white of the beard and hair. The dense dark tufts in these are painted in detail and dynamically, with a calligraphic tendency on the beard, particularly at the point where this splits and forms two opposed wavy locks.

The halo is defined by a row of punched dots and decorated on the edge by punched triangular motifs. The inside of the halo is adorned with tiny punched rosettes.

Although this work is still within the sphere of Palaiologan creation, the influence of Italian Late Gothic painting is evident both in the rendering of the figure and the technique of decorating the halo. Cyprus in the mid-fifteenth century seems to have been a place where these two major artistic currents met in fertile union, as several works that survive on the island indicate.