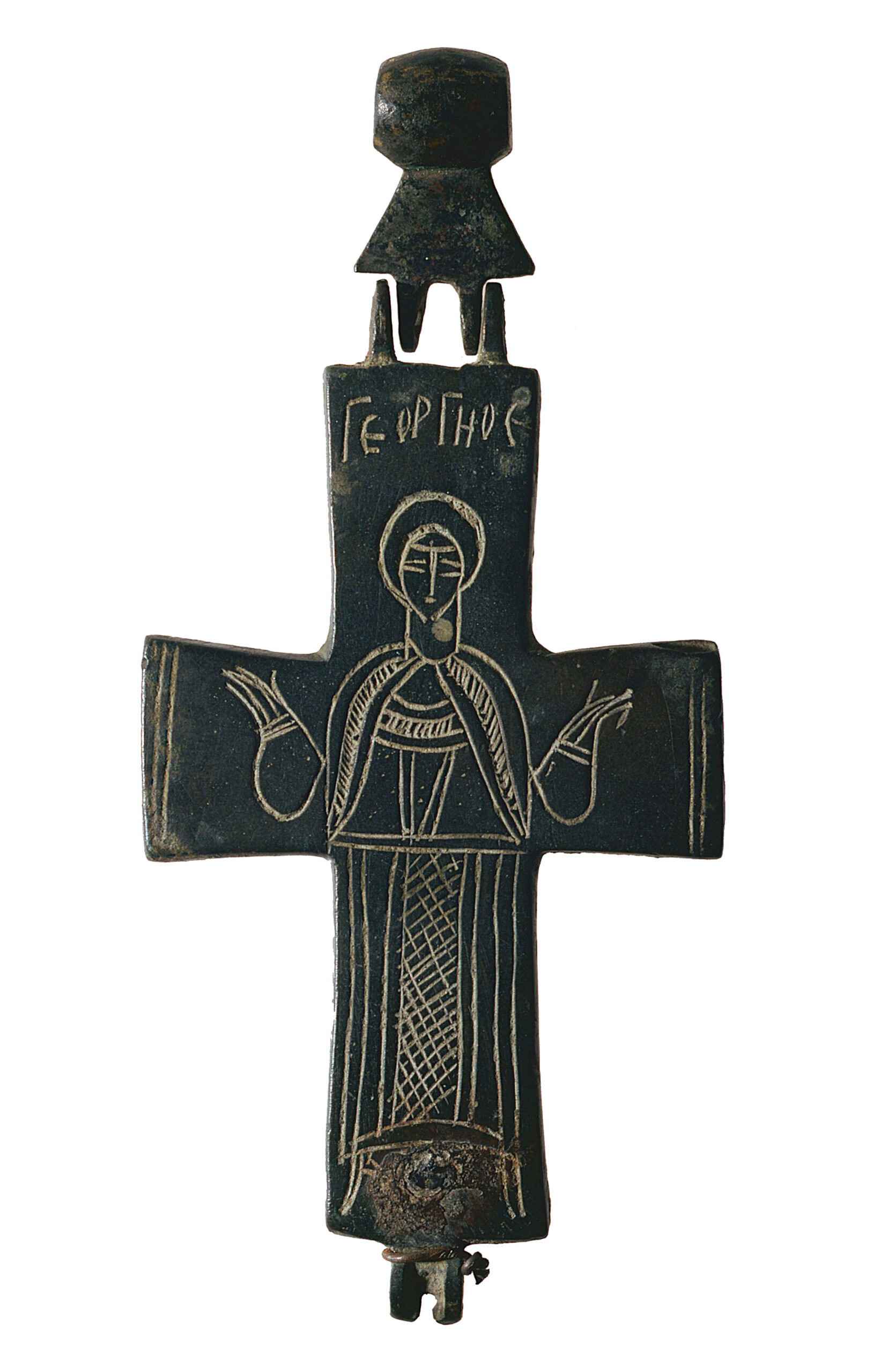 The arms of the cross have slightly flared ends. On the front, Saint George is represented orans and haloed. On his oval face the features are rendered perfunctorily by horizontal and vertical incisions. His garment is decorated above by incised oblique lines and below, down the middle, by a band of criss-crossed lines forming lozenges, framed by vertical lines denoting pleats.

On the back is the Virgin orans with Christ, in the type of the Nikopoios. The representation is highly schematic and the subject illustrated with very few lines. The Virgin’s face is oval with pointed chin, the eyes are indicated by dots, the eyebrows meet above the nose, forming a Y, no mouth is denoted and on the halo is a row of dots. Christ is depicted, also by a few lines, against his Mother’s undecorated garment.

Cross-reliquaries were mass-produced from the late tenth into the twelfth century. Since they have been found throughout the Byzantine realm it is reasonable to assume that the workshops producing them were also dispersed all over the empire (Mystery Great and Wondrous 2002, 134). They were used as amulets, according to one view mainly by soldiers in the Byzantine army, which explains their wide diffusion. Inside them was kept a sacred relic or a fragment of wood from the Holy Cross, while on the outside were incised (or sometimes relief) representations of saints on one face and the Theotokos on the other (see also crosses Inv. nos X 618, X 1052, X 1199, Cat. nos 76, 77, 79). Frequent too is the representation of the Crucifixion (as on crosses Inv. nos X 1183 and X 1623, Cat. nos 78 and 80).