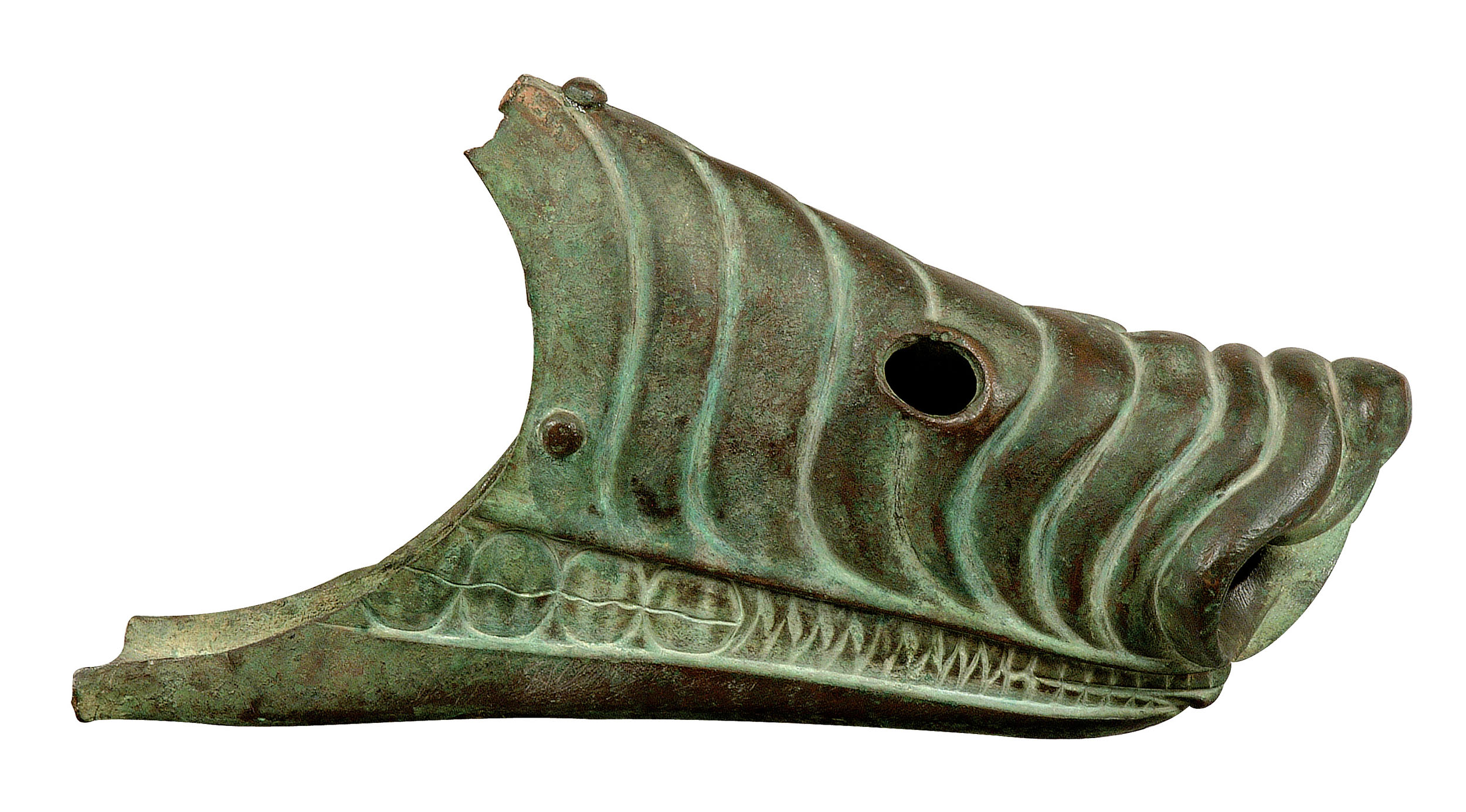 Bronze ram from a ship

Hollow metal sheathing for the wooden ram (embolon) of a ship. It was attached by means of large bronze nails (two are preserved, each 6,5 cm. in length). It has the form of the snout of a sea creature with creased skin and rows of teeth below. The object is complete except for a small break in the upper end.

The ram with its metal reinforcement was a special feature of ancient Greek and Roman warships. As a rule it resembled the head of a horned ram (see the homonymous siege machine of antiquity), the head of a wild boar (on the ships of the Samians) or it was simply toothed (see the bronze ram in the Piraeus Museum: Steinhauer 2001, 36-38, 399). If the little ram of the Canellopoulos Museum in the form of a sea creature (shark) did not belong to a dedicatory ship and was not a proembolon, it must have belonged to an actual warship, but a small one.

The class of small and manoeverable warship, the galley (lembos) of Hellenistic times, became known as the “λυβιρνις” (libyrnis) in Roman times. The πριστις was a similar type of light ship, which took its name from the sea monster, pristis antiquorum (a type of shark). It had an embolon (Polybios 18,1,1 = Livy 32,32,9) and was perhaps the flagship of a small fleet of galleys (λεμβοι) used in the naval operations in the Ionian sea and the Aegean during the 3rd and 2nd centuries B.C. This type of ship was evidently employed because of its speed and it may well have had a ram such as that in the Canellopoulos Museum.