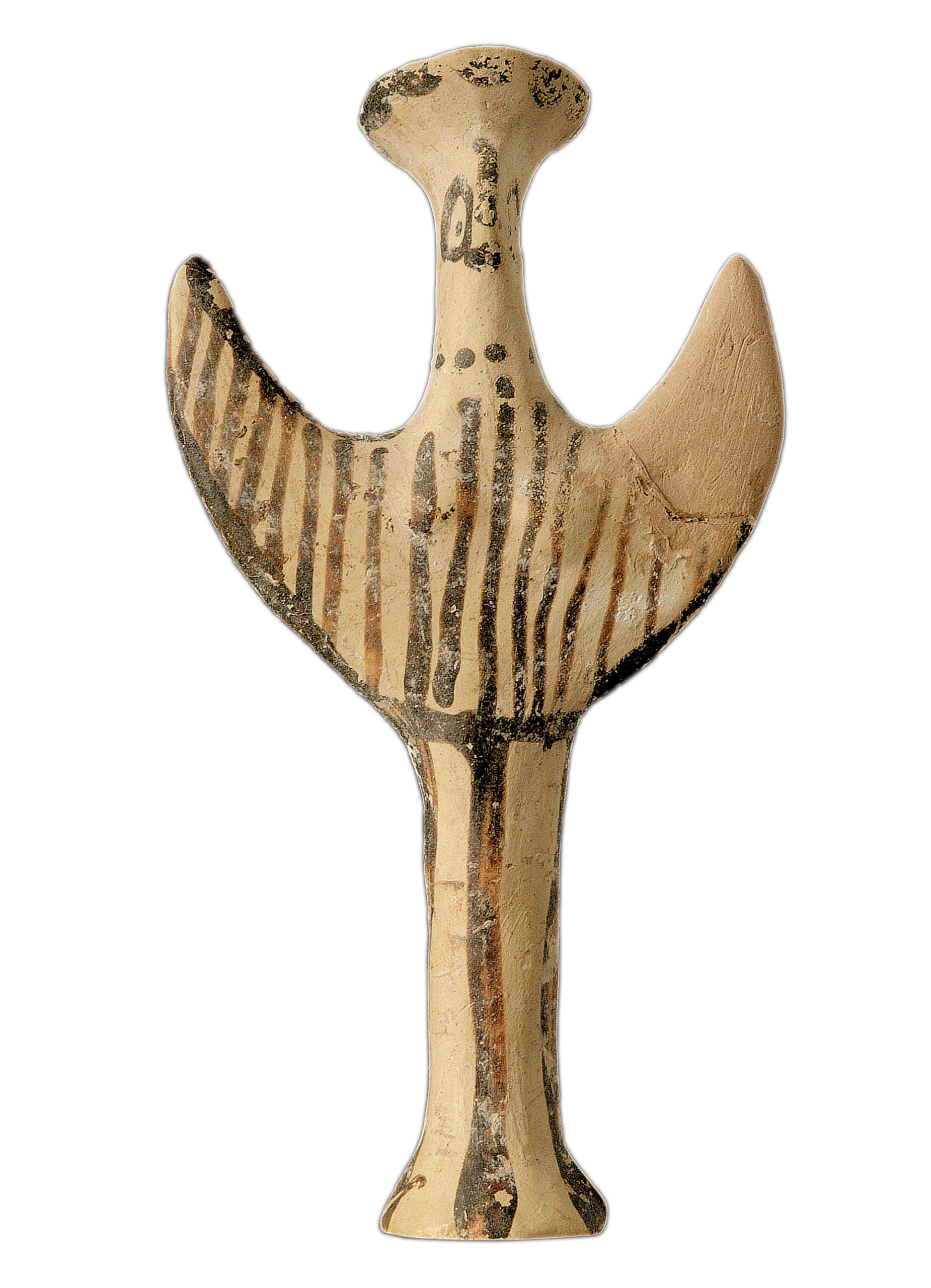 Schematized female figurine with arms open in a pose of worship. The narrow bird-like head has a polos. The body is wide and flat and supported on a hollow cylindrical stem. The facial features and clothing are shown in brownish painted patterns. The eyes are depicted as circles with a dot in the center. The nose is a vertical line, the mouth a horizontal line and dots around the neck represent jewelery. The breasts are rendered plastically and, like the arms, are covered by vertical lines. Similarly, the garment is indicated on the stem by broader vertical lines.

These little clay female figurines, hand-made, appeared and developed in mainland Greece under Cretan and Anatolian influences. During the Late Helladic III A2 period (14th century BC) they spread throughout the Mycenaean world. They are known to scholars as Phi- and Psi-type figurines, as their shapes resemble those letters of the Greek alphabet. The Phi-type figurines are earlier, with the arms against the side or folded at the breast. During the Late Helladic III B period (14th-13th centuries BC) the Psi-type appears, with arms upraised in a gesture of worship or prayer.

According to Heinrich Schliemann, the Phi-type figures (Φ)) represent the full moon, the Psi-type (Ψ) the half-moon.