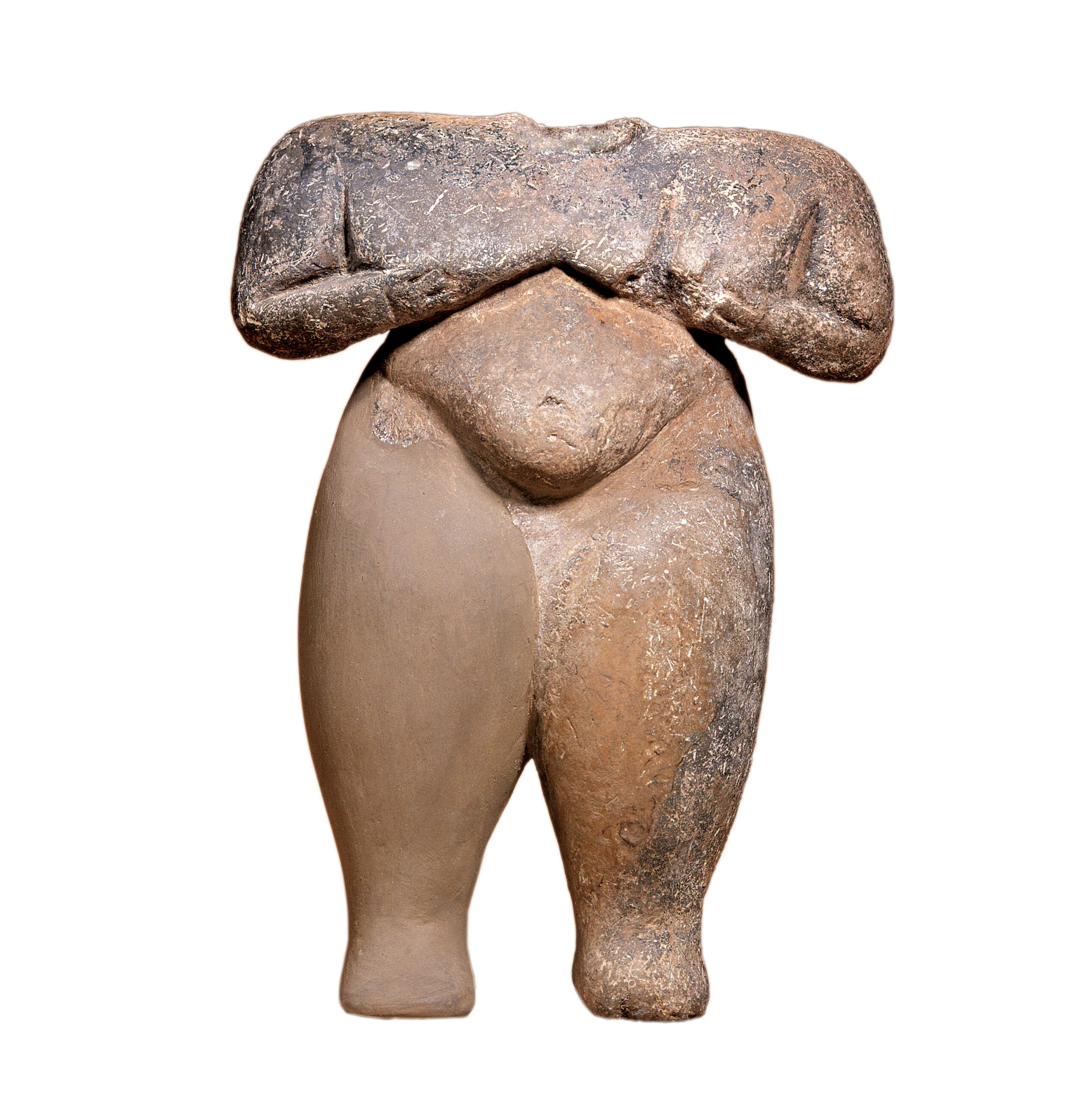 A standing female figure is represented. The arms are folded with the hands resting on the chest. The belly is emphasized, probably to indicate pregnancy. The thighs are likewise emphasized and are separated from the belly by a deep channel. The soles of the feet are flat so that the figure can stand upright. A deep incision marks the separation of the buttocks. Faint traces of a dark colored slip remain on the left thigh and buttock.

The Neolithic female figurines have been interpreted variously. It has been suggested that they represent a Mother goddess of fertility or other divinity, that they represent actual people of the community or worshipers, or that they served as amulets or toys. Whatever their use, the making of such figures was one of the most important accomplishments of the Neolithic man, perhaps reflecting his enthusiasm for the productive functioning and stability of household existence that developed during Neolithic times.